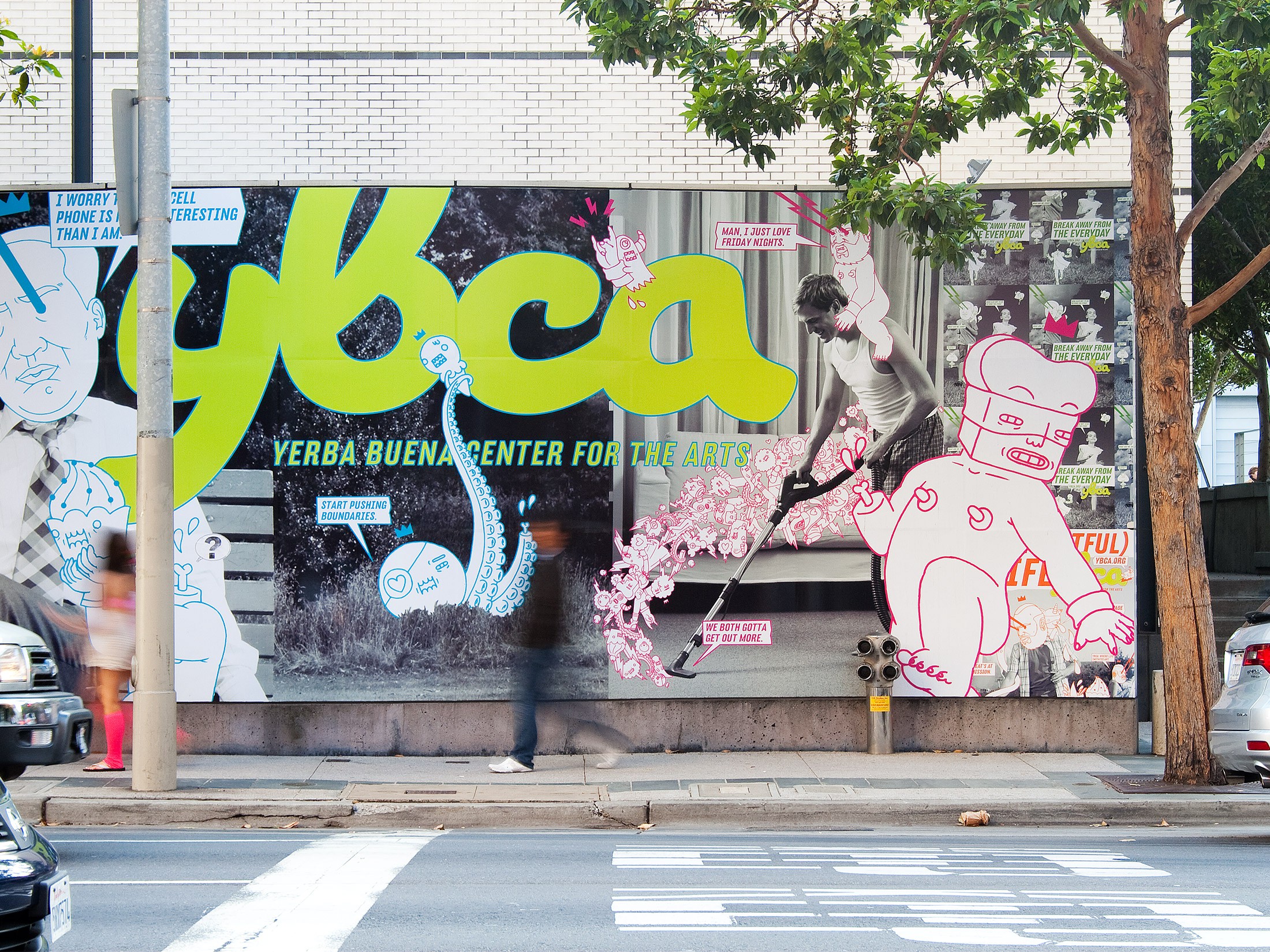 The Yerba Buena Center for the Arts (YBCA) brought Volume in to help reassert the esteemed museum as the Bay Area’s primary venue for showcasing diverse, cutting-edge contemporary art in a variety of disciplines, including visual art, performance, and film/video.

In our early meetings with the staff, a word that kept coming up in discussions to describe YBCA was “subversive,” and this became the rallying ethos for everything we created. This strategy dovetailed nicely with the need to separate YBCA from the other local art museums and organizations whose promotion primarily tended towards the more stately and reserved. The other challenge was to create a campaign and sensibility that did not feel too rarefied and could speak to new YBCA audiences in addition to their core one.

With this initiative, we re-established YBCA as the Bay Area lightning rod for the creative zeitgeist, even using YBCA’s history as one of the first champions of graffiti art to inform the main concept for the campaign. 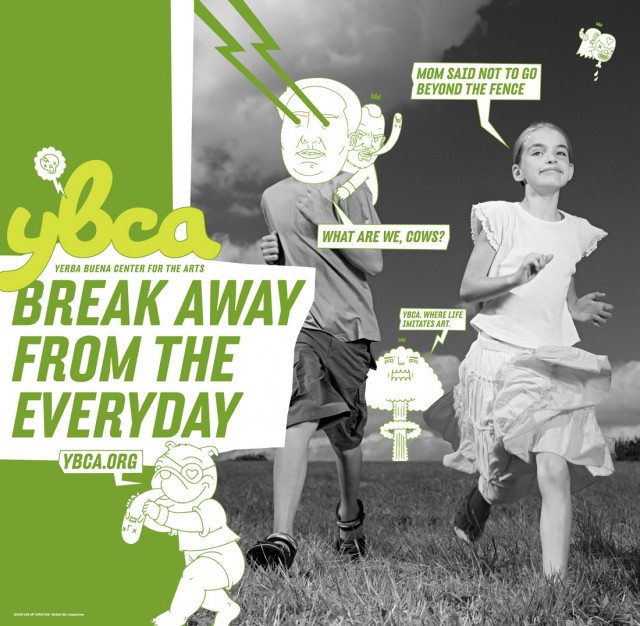 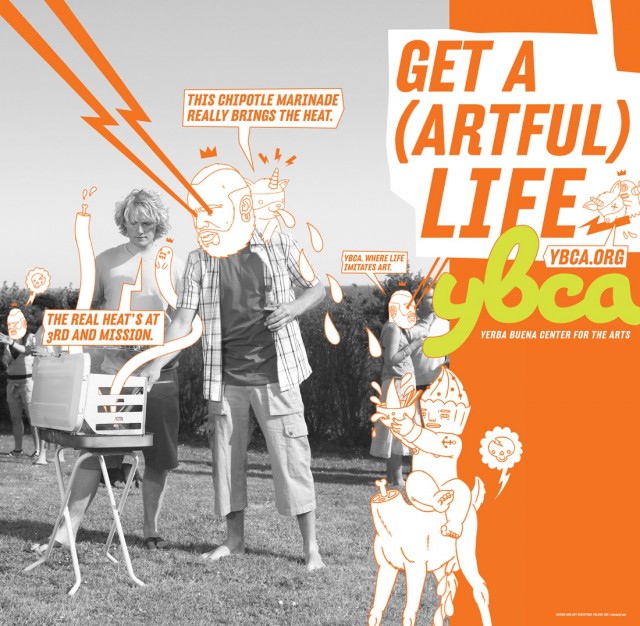 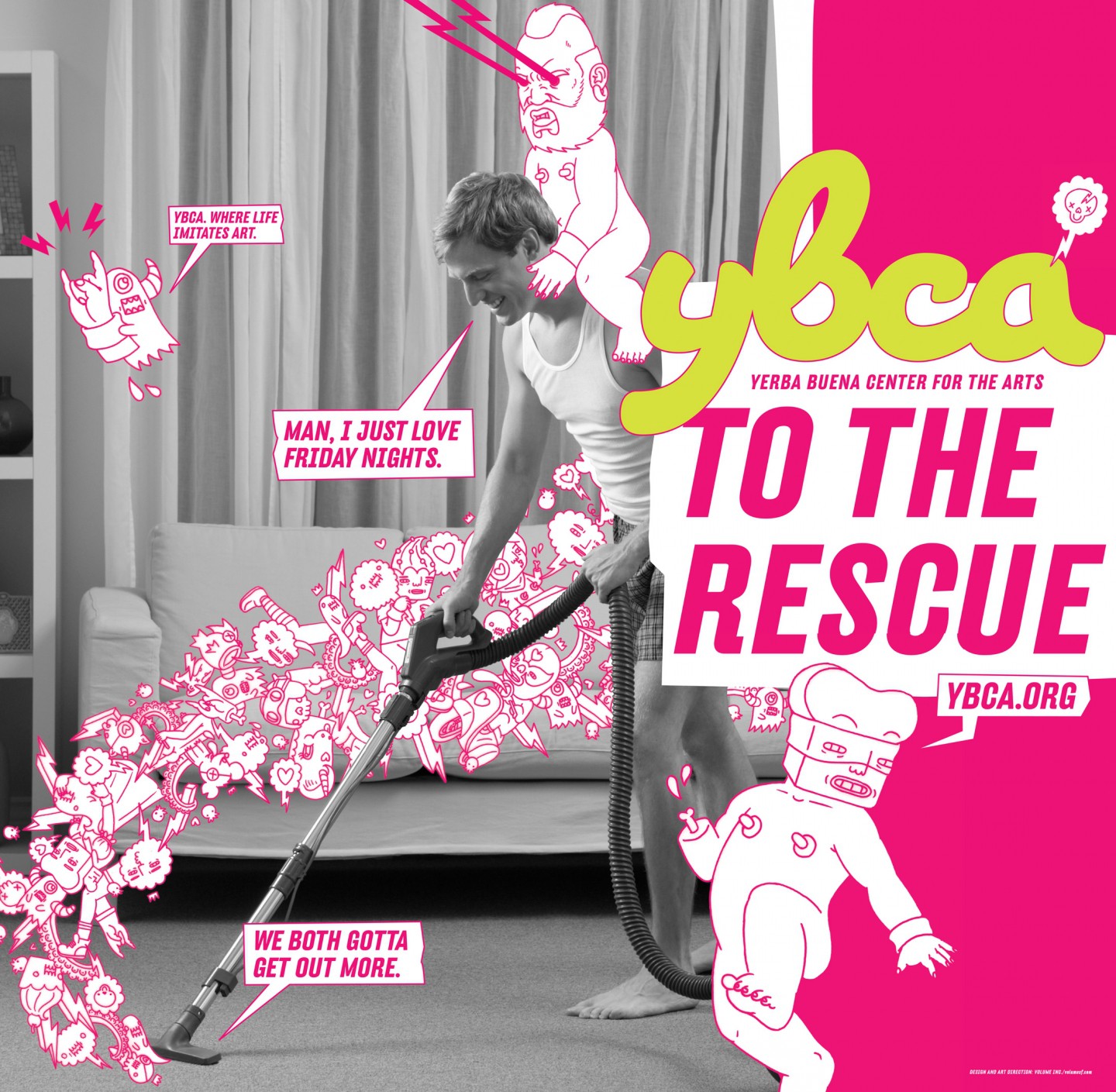 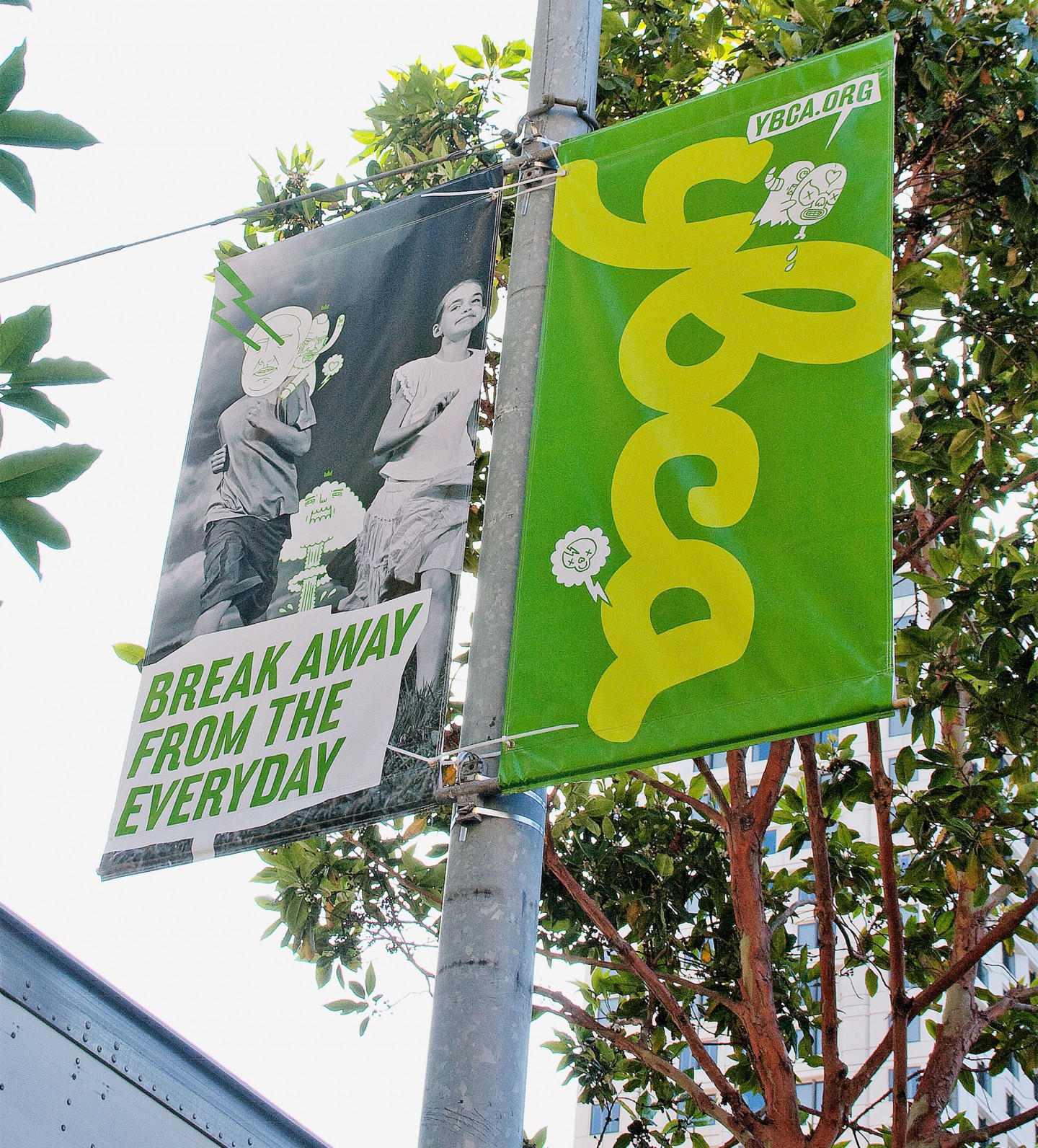 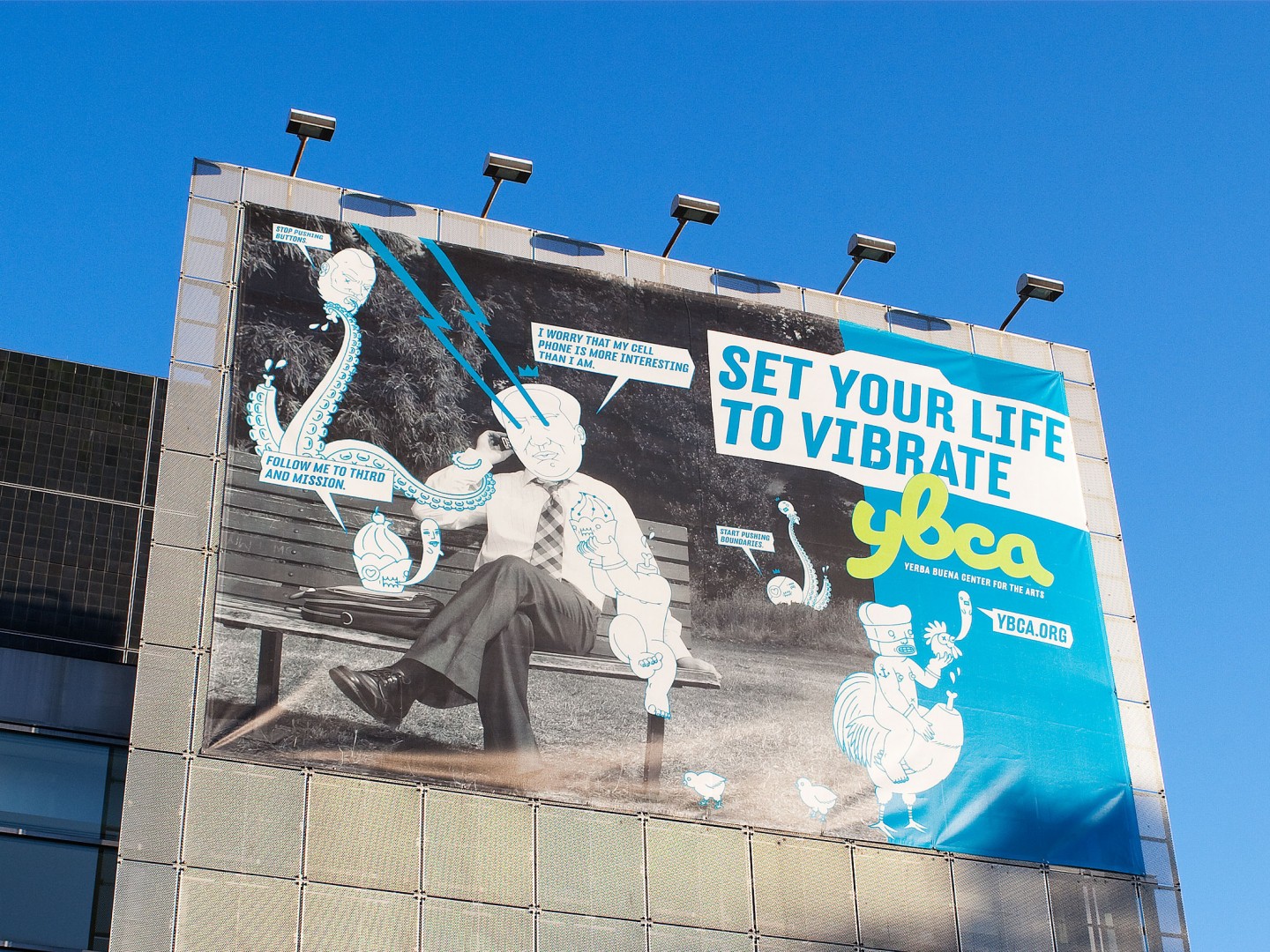 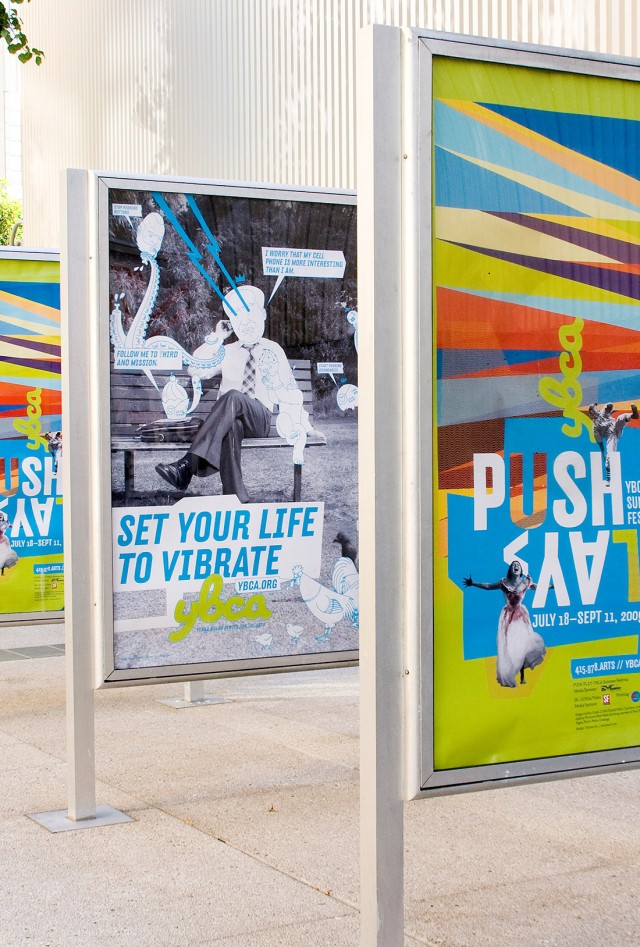 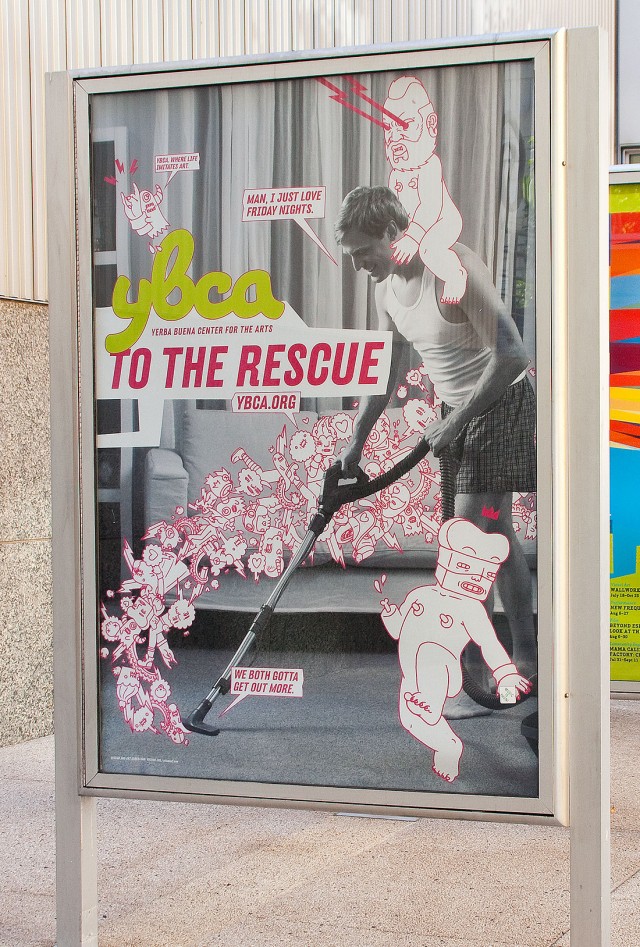 We actually received a phone call from a woman claiming to be the mother of the man in the above poster and demanding that she be compensated for the use of her son's image. Luckily, all the photo rights had been cleared. (We're guessing mother and son haven't been talking much lately.)

Low cost masks and YBCA “manifesto” booklets were created for pre-event happenings where staff and friends would hit the city streets to promote YBCA and their events. 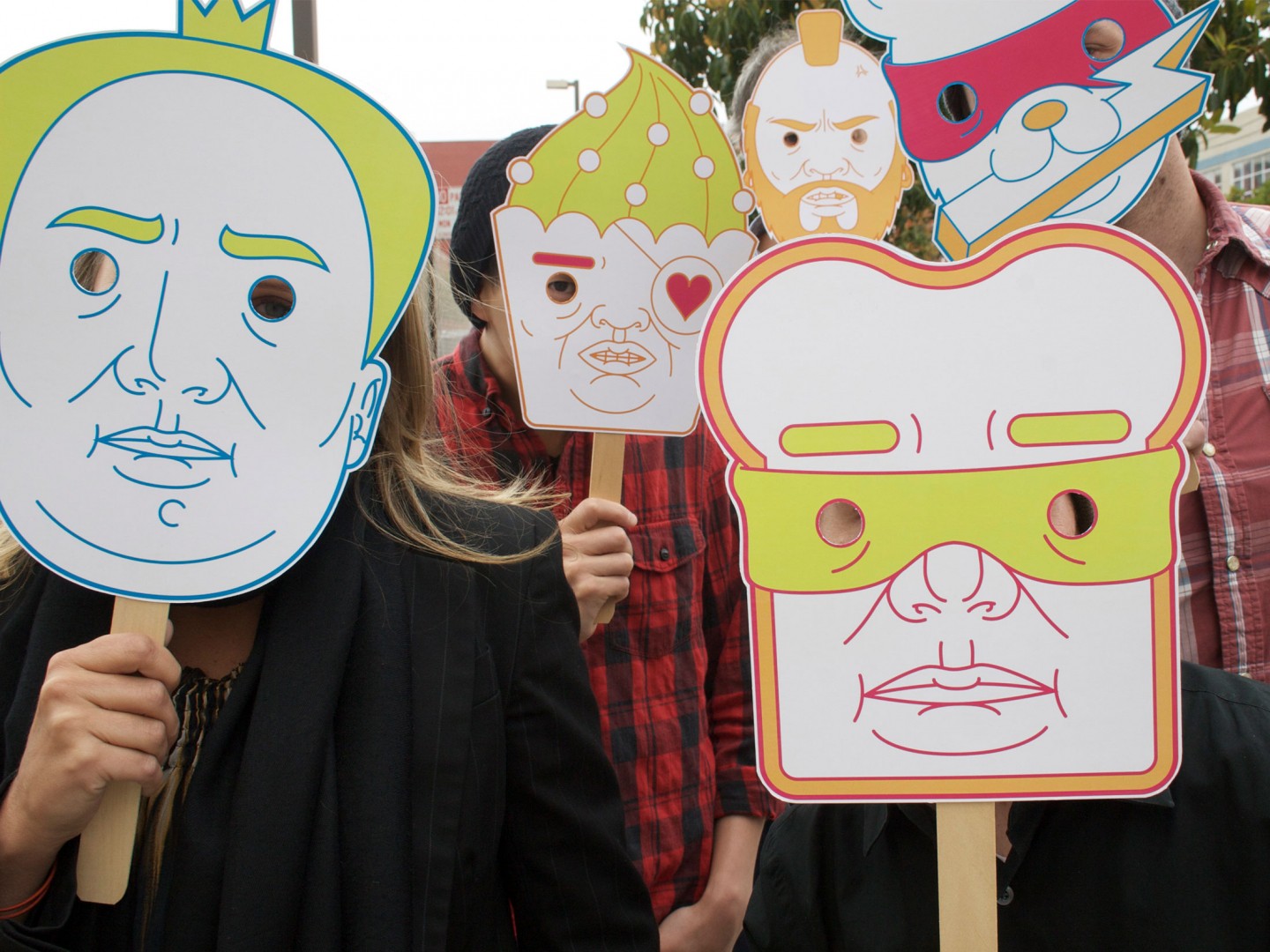 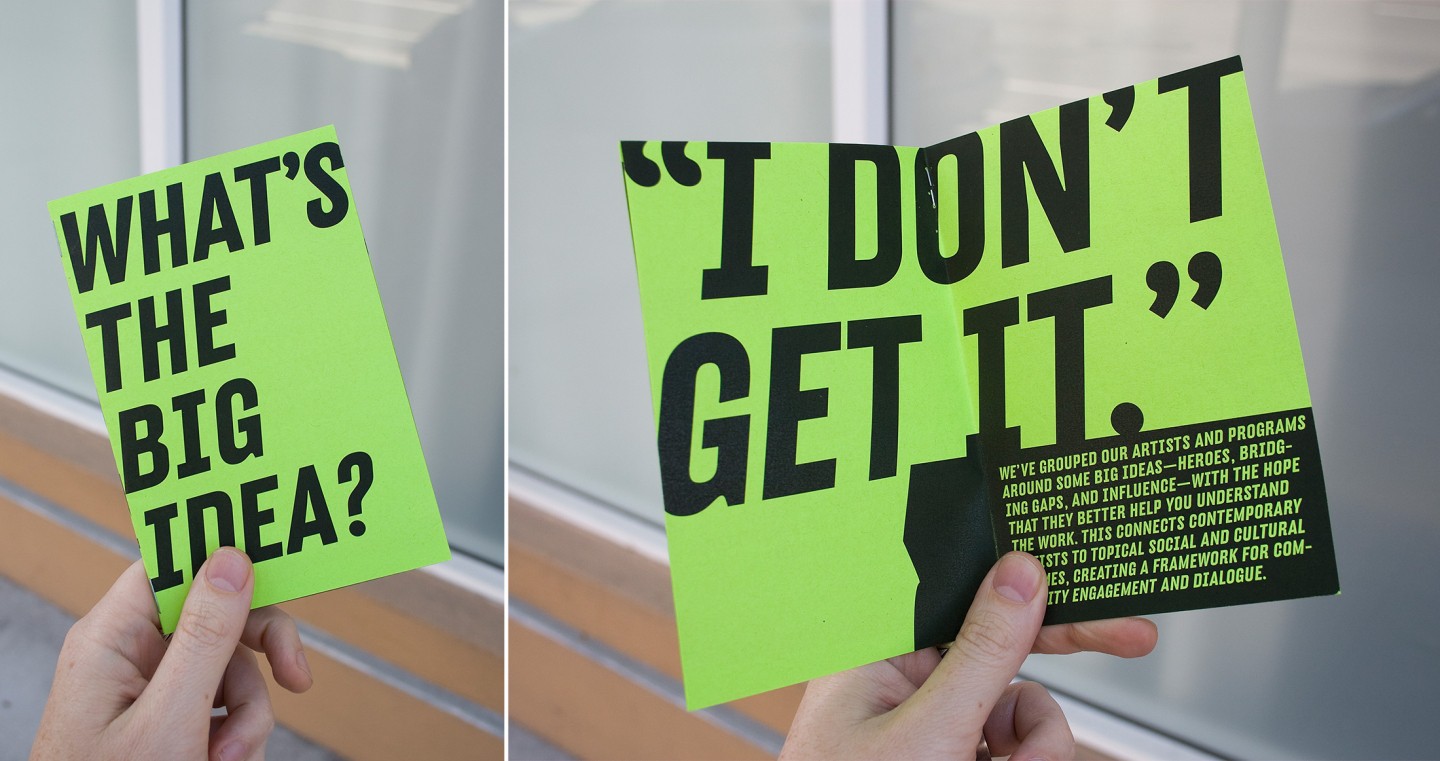 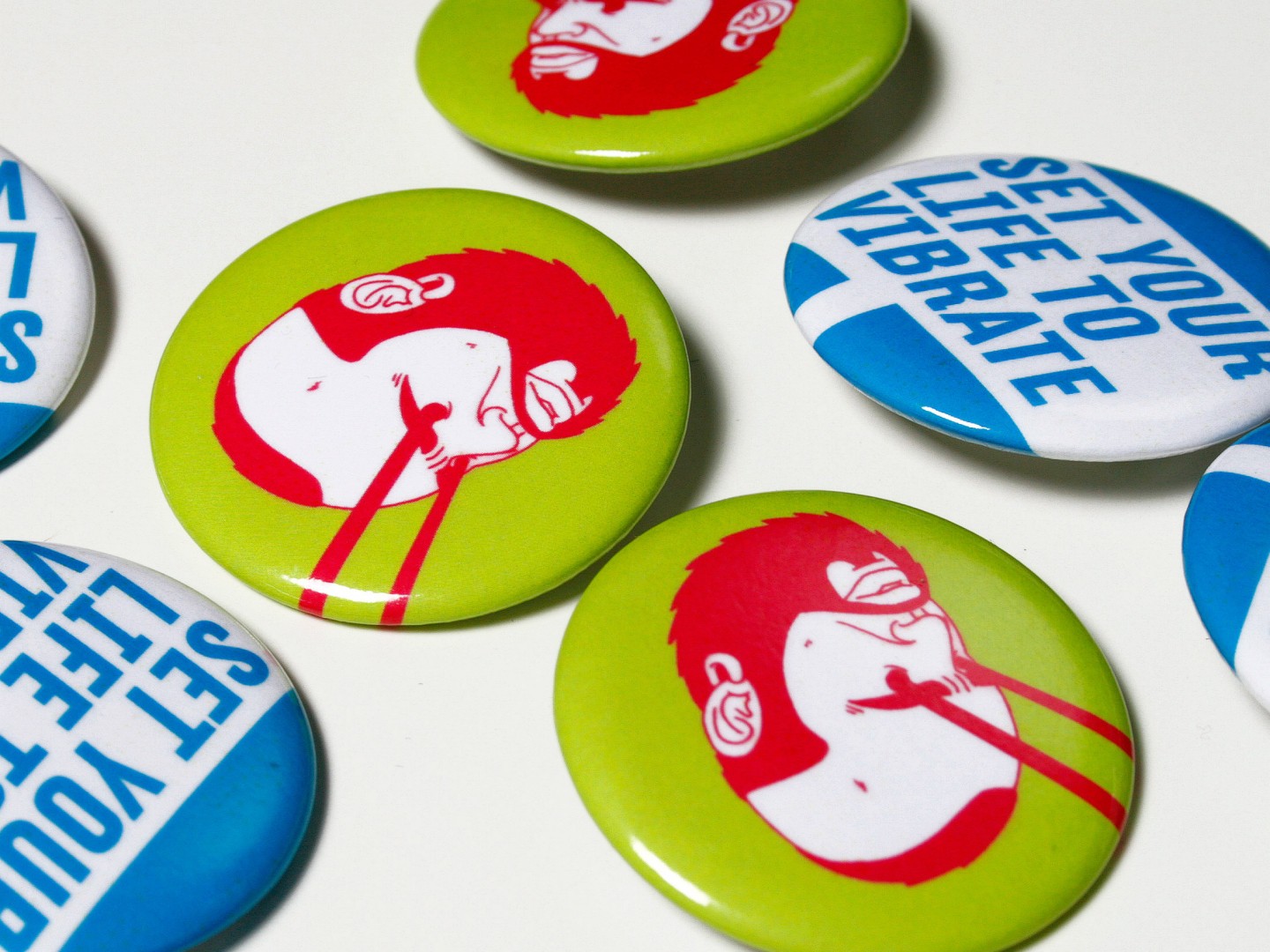 We also applied our new campaign to a new set of in-house branding standards for the YBCA in-house team and designed various promotional items, such as the seasonal newsletter / calendar and individual event mailers / posters, while helping the web design team better calibrate the site’s online UI to this new design. 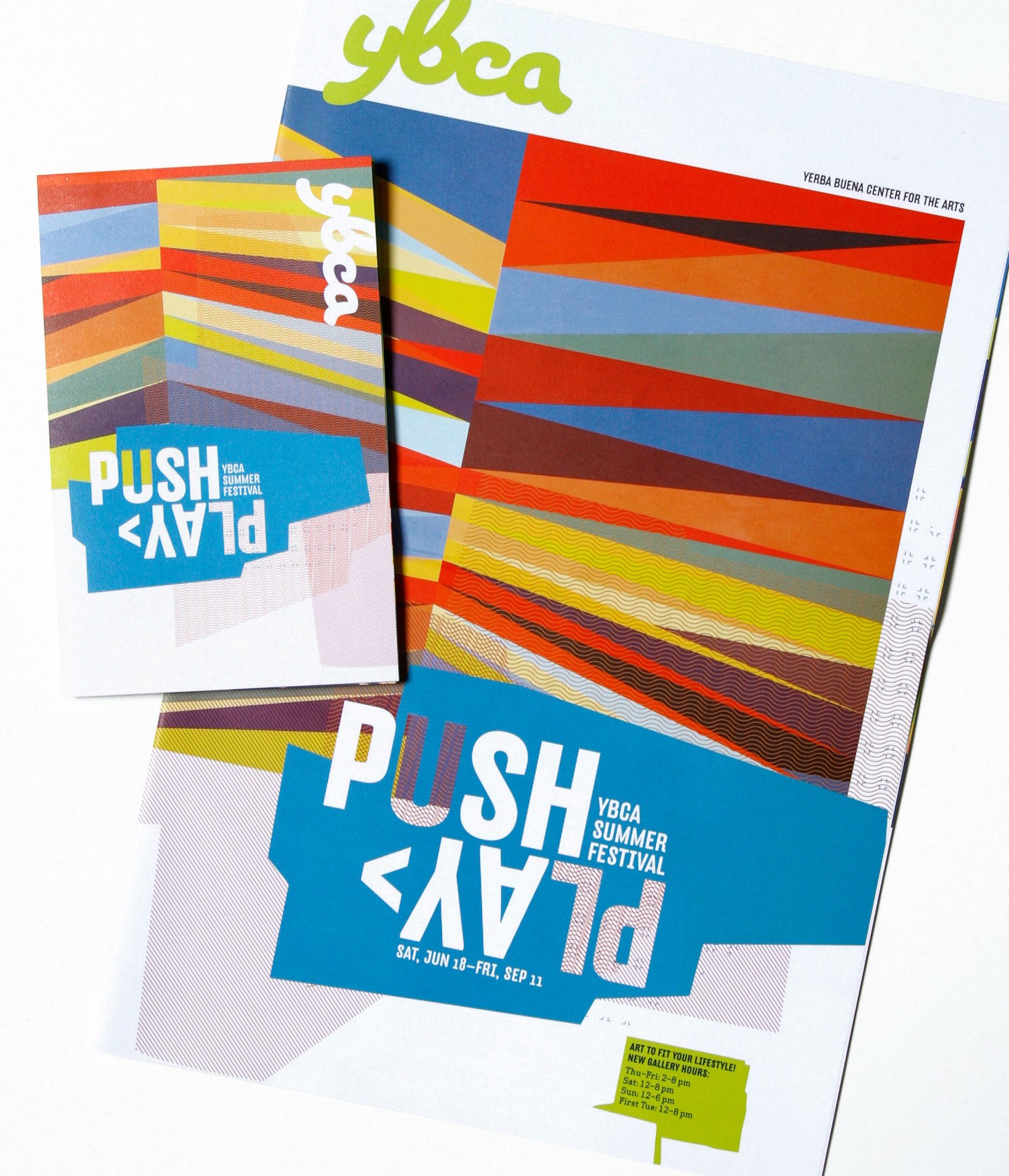 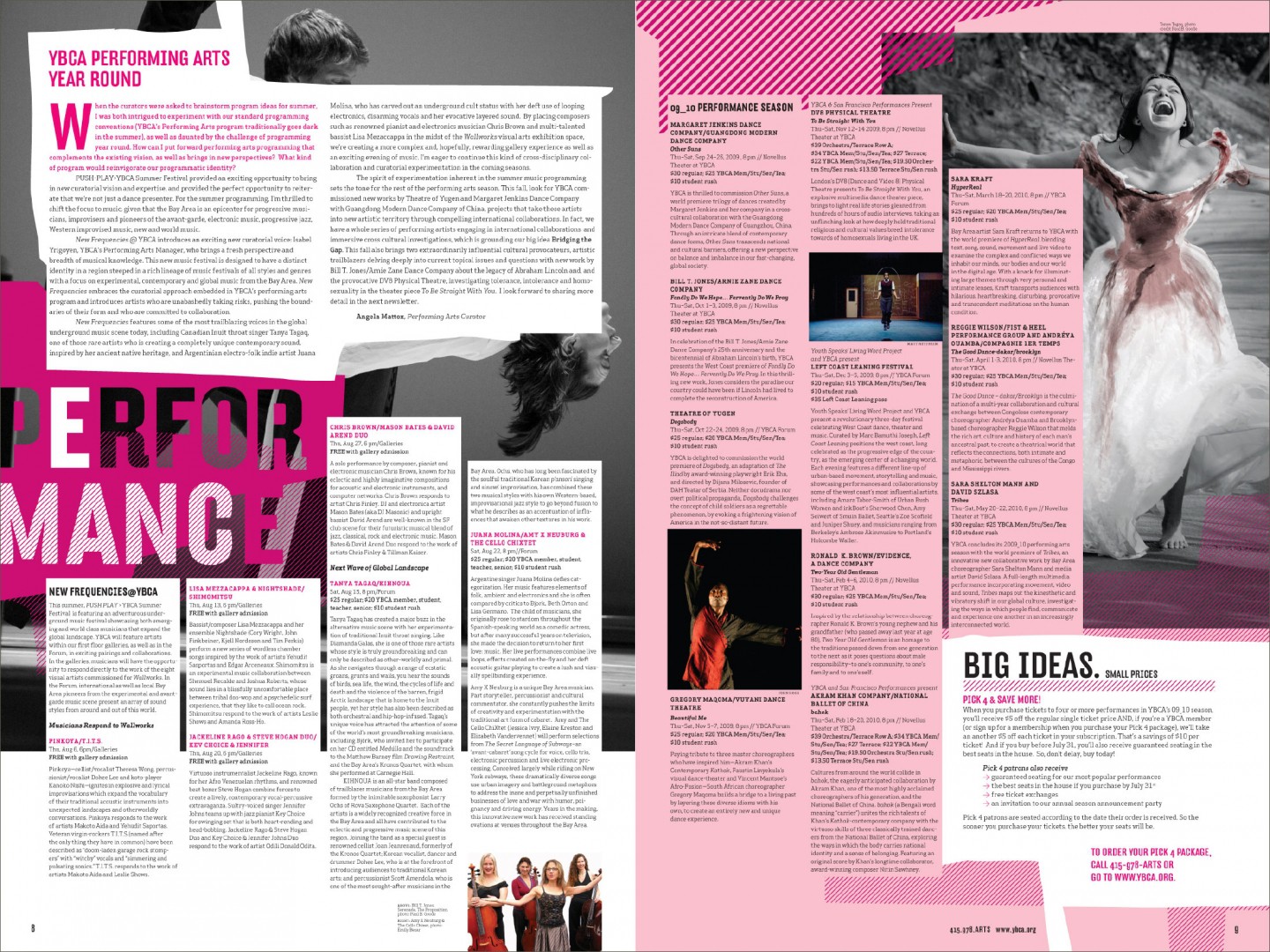 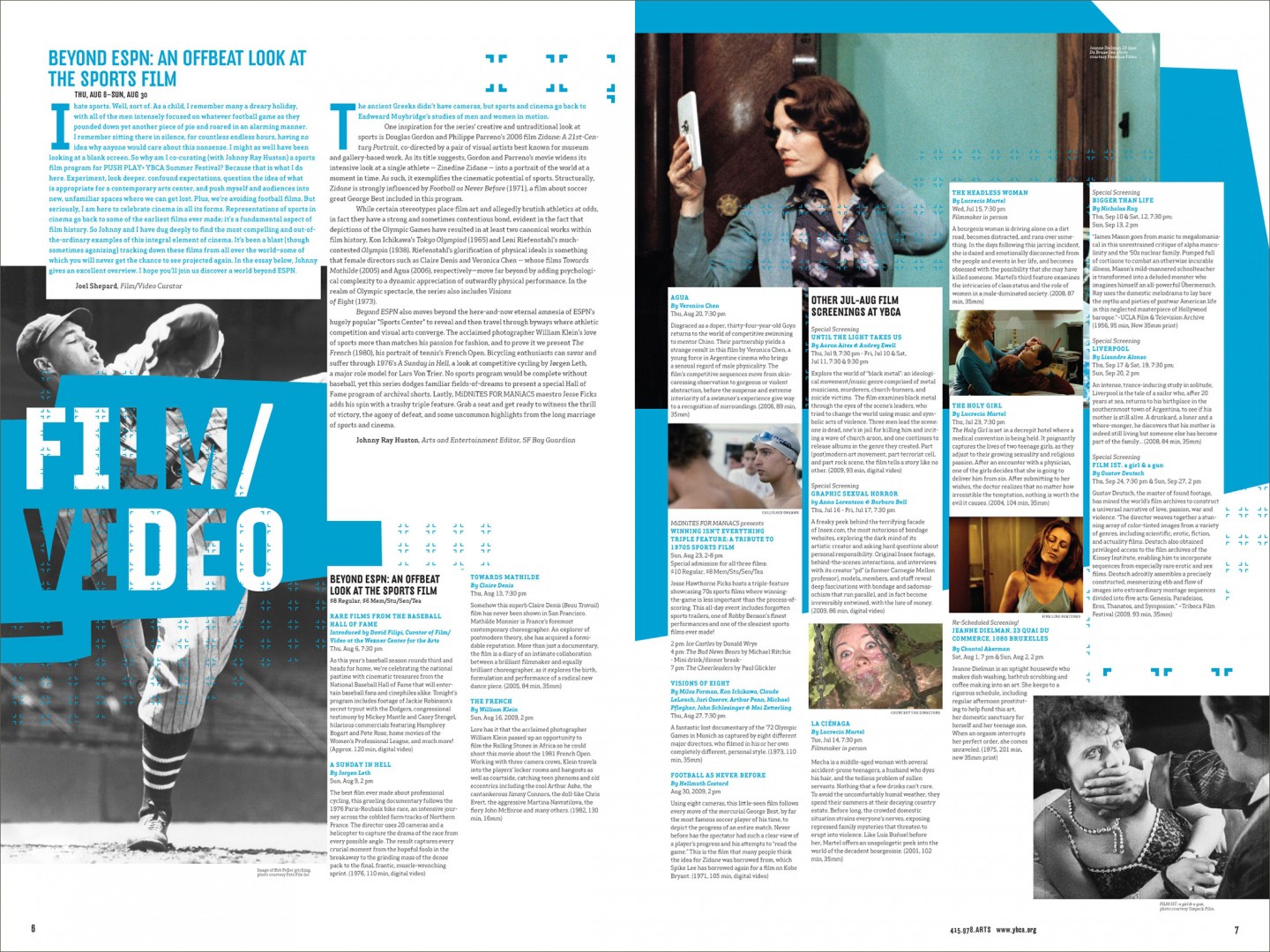 I am very excited about this new campaign and the way it communicates the essence of YBCA to the general public. We strive to be both provocative and fun—and through that approach we hope to encourage people to see how contemporary art can also relate to their own lives.

Yerba Buena Center for the Arts